The Sea of Tranquility by Katja Millay

The Sea of Tranquility 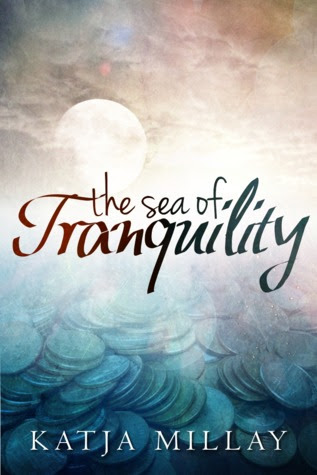 Full of rage and without a purpose, former pianist Nastya Kashnikov wants two things:  to get through high school without anyone discovering her past and to make the boy who took everything from her pay.

All 17 year old Josh Bennett wants is to build furniture and be left alone, and everyone allows it because it's easier to pretend he doesn't exist.  When your name is synonymous with death, everyone tends to give you your space.

Everyone except Nastya, a hot mess of a girl who starts showing up and won't go away until she's insinuated herself into every aspect of his life.  The more he gets to know her, the more of a mystery she becomes.  As their relationship intensifies and the unanswered questions begin to pile up, he starts to wonder if he may ever learn the secrets she's been hiding or if he even wants to.

I hadn't even heard of The Sea of Tranquility till I saw it mentioned in a couple of 'Best Of' lists, the synopsis interested me so I bought the ebook and immediately started it.  I can see why it made some lists....it's good.

In so many ways The Sea of Tranquility is a breathe of fresh air.  So many aspects of YA contemporaries have been done before that it's hard to read a book and feel like it's something different.  It can depend on the writing or the storyline, for The Sea of Tranquility, the story is just well written.  Nastya is a very damaged person, and Josh is a loner, together they make quite a pair.  I liked Nastya, some things irked me about her but I never stopped liking her and that is due to the great writing. I loved that Josh had something he was devoted to, something that he loved doing. Josh loves woodshop, creating and building furniture and a lot of Josh and Nastya's conversations happened in the garage while she was helping him build things. There is no insta-love, just two people drawn to each other because they notice each other's pain, then the gradual flow of two people falling for each other as they learn a little about each other.

Nastya's past is not revealed to us immediately, but slowly in the same way Josh is finding out. I wanted to know the details, but loved that I had to wait.  It was a good kind of anticipation, and made for a much better read, in my opinion.  The Sea of Tranquility isn't only about love but also about anger, depression and trauma.  So many different aspects all making a really good thought out story that is compelling and emotional.

I really enjoyed The Sea of Tranquility, from the writing to the characters, it was a great read.
Posted by Melissa at 11:45 AM