Book Review: But I Love Him by Amanda Grace 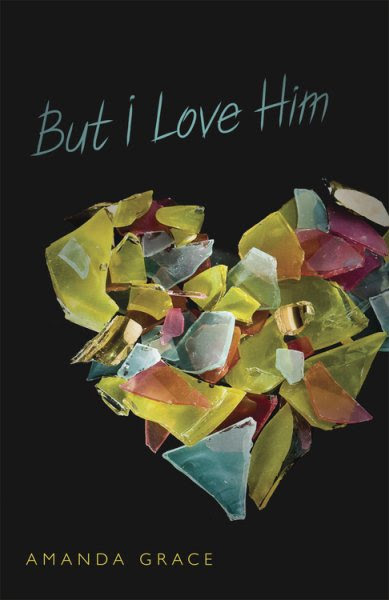 But I Love Him
Author:  Amanda Grace
Publisher:  Flux
Date Published:  May 8th 2011
From Goodreads:
Tonight was so much worse than anything before it. Tonight he didn't stop after the first slap.
At the beginning of senior year, Ann was a smiling, straight-A student and track star with friends and a future. Then she met a haunted young man named Connor. Only she can heal his emotional scars; only he could make her feel so loved — and needed. Ann can't recall the pivotal moment it all changed, when she surrendered everything to be with him, but by graduation, her life has become a dangerous high wire act. Just one mistake could trigger Connor's rage, a senseless storm of cruel words and violence damaging everything — and everyone — in its path.
This evocative slideshow of flashbacks reveals a heartbreaking story of love gone terribly wrong.
-----------------
Ann and Connor forever, that's what Ann believes with all her heart even as she sees Connor changing and becoming more and more like his father.  She can't will him better, but she keeps on going forth with him hoping that her love is enough.
Amanda Grace aka Mandy Hubbard for some reason decided the best way to write Ann's story is by starting with the ending first and going backwards all ending with the beginning of Ann's and Connor's relationship.    At first it wasn't working for me, there really wasn't any reason it wasn't working other than that I'm not use to it.  It only takes a couple of chapters to get adjusted to how the story is being told to us. At the ending of But I Love Him I thought it was genius and somehow made the story even more powerful.     But I Love Him is a serious topic.  I think Ms. Grace did a fabulous job hitting her points and making it as real as possible.  When tackling such a hard topic I think authors are aware that there words could in someway impact someone who can being going through the same thing.
Ann is such a heartbreaking character because you know what she's thinking just isn't what happens with guys like Connor.  You can't fix them.  They have to fix themselves.  Just wishing something better doesn't mean it's gonna happen.  Her thought process seemed so real.  Sometimes you want to shake her and tell her to snap out of it. I also loved how we are given a glimpse into Connor's world.  We learn a lot about how he's become the way he is.  It really is a sad book looking back at it.
But I Love Him is a realistic look into love gone bad, and dangerous.  Love does not fix all.
Posted by Melissa at 6:36 AM